Jennifer Lopez has been asked to extend her Las Vegas residency due to the high demand of tickets to her 'All I Have' show. 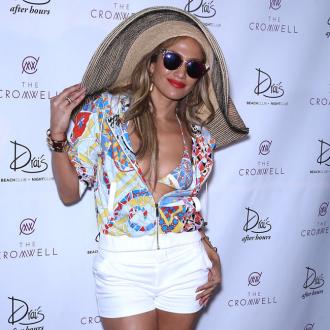 The 46-year-old singer has been performing her 'All I Have' show at The AXIS at Planet Hollywood Resort & Casino since January but has now been asked to add an extra 21 dates because there's such a huge demand for tickets.

Planet Hollywood announced the exciting news on its official Twitter account: ''Due to overwhelming demand, 21 new dates for @JLo's #AlliHave have been announced. Tickets on sale Friday at 10am (sic).''

The extra shows will run from December 2016 until June 2017 and will see the brunette beauty perform some of her biggest hits including; 'If You Had My Love', 'Jenny From the Block', 'Let's Get Loud' and 'On The Floor'.

And her show hasn't just proved popular with fans as some of her celebrity friends have also stopped by to watch.

Meanwhile, the actress recently revealed she cries ''almost every night'' during her show when she pays tribute to her eight-year-old twins Max and Emme.

However, although she struggles to hold back the tears when she honours the youngsters, the brunette beauty believes her twins secretly love the attention.

She said: ''They love it. You know, they go, 'Why is my face up there?' My son will be like, 'Why is my face there? People are laughing at us!' He gets worried about that stuff. My daughter [just] loves watching it. She just watches me. I don't know what she's thinking yet. I'm sure I'll know soon.''