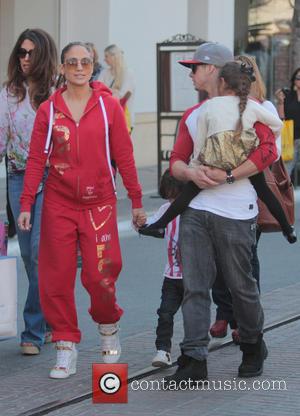 Jennifer Lopez has given a huge boost to up-and-coming rapper Becky G by filming a cameo appearance for the teenager's new music video.

The 16 year old, real name Rebbeca Marie Gomez, wrote her debut single in tribute to Lopez's 2002 hit song Jenny from the Block, and was thrilled when the superstar gave her seal of approval.

Lopez brought her boyfriend Casper Smart to the Los Angeles shoot last month (Mar13), and Becky G insists it was a "dream come true" to work with her idol.

She tells Just Jared, "It was such a dope (good) and fun experience to work with an idol of mine. Jen has always been an inspiration to me so to have her blessing on my remake of Jenny from the Block was part of my dream coming true. Becky from the Block is my life story and for her to have listened to it and be in the music video means the world to me. Hanging out with her and sharing a lot of laughs will be something I will never forget."

In the video, Lopez and Smart are seen cruising along in a luxury convertible, and Becky G hops in the backseat.