Jennifer Lopez found herself in a pretty scary situation during her video shoot on Sunday. 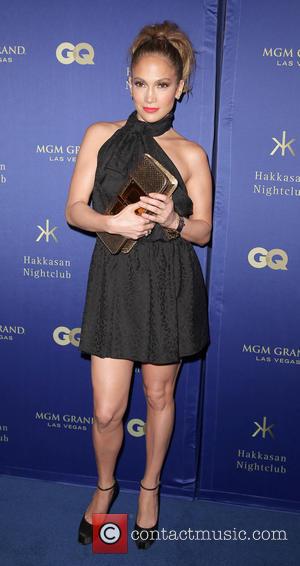 Jennifer Lopez's video shoot for new single Live It Up didn't exactly go to plan on Sunday (May 5, 2013) after gunshots were heard ringing out in Fort Lauderdale, close to where Lopez was working with rapper Pitbull. The R&B superstar had been photographed earlier in the day wearing a black bikini and green caftan.

"BREAKING: Gunshots fired on Fort Lauderdale Beach DURING my JLo interview. No kidding. Security scrambled her away," tweeted Entertainment Tonight's Rob Marciano, who was on the set with the singer. He later wrote, "Can hear & see ambulances converging 400 yards down the street.Police confirming: 'shots fired. no one hit.' Whew." Police confirmed to TMZ.com that Lopez and Pitbull were shooting the video on the south side of Ft Lauderdale Beach Park and that the shooting occurred on the northernmost point.

Neither Lopez not Pitbull mentioned the incident on their Twitter feeds on Monday, though the rapper said, "thank u @JLo for another amazing opportunity & giving me a chance 2 learn from u muchas muchas gracias besoteeeee."

Lopez hit the headlines last week after it emerged American Idol producers were keen for her to return to the show in place of Mariah Carey, who has been unable to make any real connection with the show's audience. Carey reportedly had her legal team put the stoppers or any such negotiations and will carry on in her duties on the singing contest.