Singer Jennifer Lopez had to think about her twins before calling it quits with Marc Anthony. 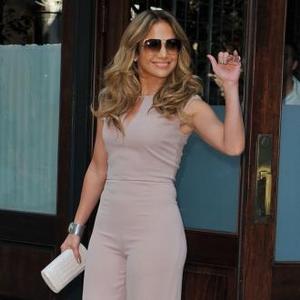 Jennifer Lopez doubted her decision to break up with Marc Anthony.

The singers announced their split in July 2011 and for Jennifer it was a tough decision because of their twins Max and Emme, four.

She said: ''You never want to break up a family. That wasn't my dream. My dream was for us to always be together.

The 43-year-old star said she is proud of how she and her ex, who she married in 2004, are handling their co-parenting duties.

She told Katie Couric on the 'Katie' show: ''We're doing good with it. We love our kids and we have love for each other and we always will. We were friends from before and we're friends now.''

Jennifer is currently dating choreographer Casper Smart, has been walked down the aisle three times.

The performer confessed she still hasn't given up on the idea of finding the man she will be with forever.

She continued: ''I believe in love. I believe in marriage. I'm just trying to get it right, like everybody else.''