Nuvo TV, where the 44 year-old singer is a minority owner and the chief creative officer, has purchased Fuse TV from the Madison Square Garden Company. 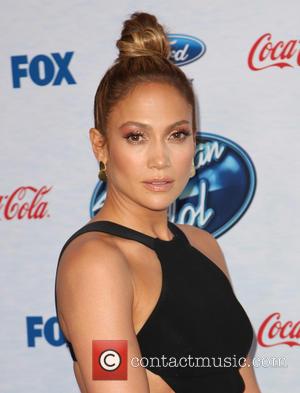 Jennifer Lopez may have got one over on ex-boyfriend Sean Combs a.k.a P Diddy.

The 44 year-old songstress has acquired the cable music channel Fuse TV, according to The Hollywood Reporter.

NuvoTV, where Lopez is a minority owner and its chief creative officer, has reached an agreement with the owner of Fuse to purchase the network from Madison Square Garden Company for $226 million.

"Music is my first love so the acquisition of Fuse is near and dear to my heart," Lopez said in a statement. "It's exciting that between NUVOtv and Fuse we'll have the ability to deliver a broad array of terrific content both from a Latino perspective and across multiple genres, including music, to a broader audience."

"The acquisition of Fuse means we now own two wonderful assets," she continued. "It's a phenomenal time for our company and we look forward to growing both networks in the years ahead."

Prior to securing this deal, P Diddy and billionaire supermarket mogul Ron Burkle had reportedly attempted to purchase Fuse TV for $200 million.

The two music superstars wanted to acquire the struggling network to enhance their own cable channels (Combs owns Revolt TV) and to have access to Fuse's 74 million households.

"The acquisition of Fuse represents a transformational event for us and also provides significant benefits to NUVOtv," said Michael Schwimmer, CEO of NUVOtv's parent company SiTV Media. "It enhances our distribution relationships, dramatically expands our aggregate subscriber base, provides substantial economies of scale, affords unique opportunities for programming and cross-promotion and should be extremely appealing to the advertising community as we roll out our plans for both NUVOtv and Fuse."

Although Fuse has now been acquired by Nuvo TV, this does not mean they will change the music-video heavy program's format. Lopez's manager Benny Medina said earlier in the week, "We do look at these channels as two different companies with two different identities, audiences and goals, and these shall remain intact."