Jennifer Lopez is ''open'' to the idea of reprising her judging role on 'American Idol' this autumn, but isn't sure what has been decided. 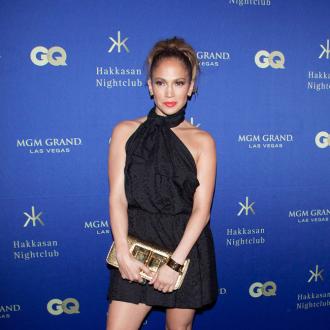 Jennifer Lopez ''doesn't know'' whether she will return to 'American Idol'.

The 'Jenny from the Block' hitmaker refused to spill the beans as to whether she has been approached to reprise her role on the FOX show's judging panel - now this year's mentors Mariah Carey and Nicki Minaj have confirmed their departure - but seemed open to the idea as she is so emotionally attached to the series.

Speaking on US radio show 'On Air with Ryan Seacrest', Jennifer said: ''I don't know what's happening over there. I don't know. We will see. I'm always open to the infinite possibilities that the universe has to offer. So you never know.

''I was emotional about [leaving]. I just had such a good time there. It fit ... I felt like family [and] I get emotionally attached.''

The 43-year-old superstar also discussed her most recent TV talent show appearance, which involved a controversial routine on 'Britain's Got Talent'.

The singer took to the stage in a revealing black leotard to perform her new single 'Live It Up' whilst gyrating around the stage, attracting complaints from viewers who deemed her raunchy routine 'un-family friendly' - much to Jennifer's surprise.

She said: ''I wore [the leotard] in red on the Billboard Awards, same exact outfit! You can put them side by side ... and it's so funny because [in the US], no big deal, and then [in the UK] ... for some reason, scandal!

''I had worn it in the video and the video was just coming out, so I kind of wanted to tie the performance and song together.''