Jennifer Lopez wants to move in with Maksim

Jennifer Lopez wants to move in with Maksim Chmerkovskiy because their relationship is going so well. 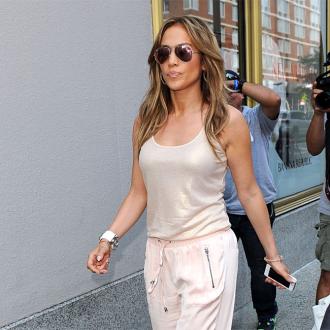 Jennifer Lopez wants to move in with Maksim Chmerkovskiy.

The 'On The Floor' hitmaker, who previously insisted she was just friends with the professional dancer, is reportedly ready to go public with their romance and she wants to take their relationship to the next level.

A source told America's Star magazine: ''They can't get enough of each other. Her chemistry with Maks is electric.

''She's never felt this way about any man in the past.''

The 'American Idol' judge - who has twins Max and Emme, six, with ex-husband Marc Anthony - was previously said to be taking her romance with Maksim slowly.

A source said recently: ''She does not want to get her kids involved in meeting another guy yet.

''This is so new. There has been a date here and there, but really they are good friends before anything else. Maks asks her for advice and she thinks he is super-talented and very hot. Obviously that is hard to ignore.''

While things may not be romantic between them yet, the 45-year-old beauty - who has been married three times - is said to be ''open'' to finding lasting love.

The source added: ''They do text and communicate and she is open to dating in general right now.

''She still believes true love exists and wants to find that someday.''