Jennifer Lopez believes ''women have taken over the music industry'' in the last 20 years, from Cher and Gloria Estefan through to Lady GaGa. 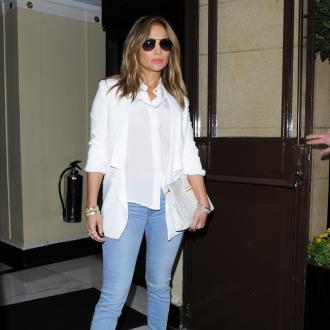 Jennifer Lopez believes ''women have taken over the music industry''.

The 'Live it Up' hitmaker insists she's been in the trade for so long that she's definitely ''here to stay'' and that a lot of male artists aren't doing as well because females have been breaking the industry for over 20 years.

Speaking in an interview with Stylist magazine, she said: ''Women have taken over the music industry - when you think of all the female artists who are out.

''Even going back 20 years, back to Cher, Gloria Estefan and that whole time with Mariah Carey and Celine Dion and then the next wave which was me and then Britney [Spears] and Beyonce to what's continued to now the Rihanna and Lady GaGa.

''With all these people there have been a few guys - but we have really had it on lock for a bit.''

The brunette beauty claims she didn't feel the pressure to jump straight back into work when she gave birth to her five-year-old twins, Emme and Max - whom she has with ex-husband Marc Anthony - because she had waited so long to start a family.

She explained: ''I didn't think about that too much because I had waited so long to have babies and was so happy to be pregnant and to give birth to children that I was really consumed with that for a couple of years. It took a good two years before I really got back on my feet and could concentrate on my career again.''