Childhood: Jennifer Love Hewitt was born to Patricia Mae and Herbert Daniel Hewitt in Waco, Texas and was raised in the Nolanville area after her parents divorced. Jennifer and her elder brother Todd were raised by their mother.

When she was just three years old, Jennifer sang 'The Greatest Love Of All' at a livestock show and a year later, she performed a cover of 'Help Me Make It through The Night' at a restaurant.

At five years old, she was learning tap dance and ballet and by the age of nine, she was a member of the Texas Show Team. Among her friends at school was Jonathan Neville, who later became the talent scout that recommended her for her role in the TV series Party of Five.

Acting Career: Jennifer Love Hewitt's big break came when she landed a role as a child actor on the Disney Channel's Kids Incorporated show. She also danced and sang in a video entitled Dance! Workout With Barbie, which was released by Buena Vista.

After taking a number of roles in TV series such as Shaky Ground, The Byrds of Paradise and McKenna In the early 1990s, Hewitt then crossed over into the mainstream with her role in the Fox TV series Party of Five. The show also starred Neve Campbell, Matthew Fox and Lacey Chabert. When Party of Five finished, she also appeared in the spin-off Time of Your Life. Hewitt worked a co-producer on the show, but it was cancelled after just half a season.

Jennifer Love Hewitt's feature film debut came in 1992 when she appeared in Munchie, an independent film. She then landed the lead role in the popular horror movie I Know What You Did Last Summer in 1997. The film also starred Sarah Michelle Gellar, Ryan Phillippe and Freddie Prinze Jr. She then went on to appear in the sequel, entitled I Still Know What You Did Last Summer in 1998, which fared less well than its predecessor.

She also appeared in Can't Hardly Wait in 1998, a teen comedy that also starred Seth Green.

In 2000, Jennifer Love Hewitt played Audrey Hepburn in the biopic, The Audrey Hepburn Story and the following year, she starred opposite Sigourney Weaver in Heartbreakers, a romantic comedy that also starred Ray Liotta and Gene Hackman. In 2001, she also featured in a music video for Enrique Inglesias' pop hit 'Hero'.

Since 2005, Jennifer Love Hewitt has starred as Melinda Gordon, the lead character in the TV series Ghost Whisperer. The series boasts an average viewer figure of around 9 million per episode.

Music Career: Jennifer Love Hewitt's first album was released when she was just 12 years old. Entitled Love Songs, the album was only released in Japan, where it became very popular.

Upon joining the cast of Party of Five, Atlantic Records signed a recording contract with Hewitt and released her second album Let's Go Bang in October 1995. When the material for the next album failed to make an impact on the record-buying public, Atlantic released Hewitt from the contract, putting a brief halt on her musical career.

In 1999, Hewitt performed the song 'How Do I Deal' for the soundtrack to I Know What You Did Last Summer and the song became the best-selling single of her career.

In 2002, Jennifer Love Hewitt signed to Jive Records (home to Britney Spears) and worked with the songwriter Meredith Brooks. The lead single from the album, 'BareNaked' was a hit single in the US, Australia and the Netherlands, though its follow-up, 'Can I Go Now' fared less well.

Personal Life: Jennifer Love Hewitt has, in the past, been romantically linked with a number of high profile showbusiness professionals, including John Mayer, Carson Daly, Joey Lawrence and Will Friedle, as well as the actor Enrique Inglesias.

Jennifer was briefly engaged to the Scottish actor Ross McCall, when he worked on Ghost Whisperer but the pair split in January 2009.

In March 2009, it was announced - on Ryan Seacrest's radio show - that Hewitt was dating the comedian Jamie Kennedy. Does Anybody Want A Remake Of 'I Know What You Did Last Summer'? Continue reading: Does Anybody Want A Remake Of 'I Know What You Did Last Summer'?

The "Ghost Whisperer" actress will play a veteran FBI inspector in the long-running CBS crime show.

Jennifer Love Hewitt has found a new outlet for her talents with her series regular role on Criminal Minds. Hewitt will play Kate Callaghan, a veteran undercover investigator, who transfers to the Behavior Analysis Unit from her position in the FBI. Her character will be introduced in the show’s tenth season premiere, coming to CBS this autumn. Jennifer Love Hewitt will make her return to television with a lad role on Criminal Minds.

The crime show’s executive producerand head writer welcomed JLH  in a statement, quoted here via Variety: “We’re thrilled to introduce a new special agent by adding the very talented Jennifer Love Hewitt to our amazing cast. Many of us on the show have enjoyed working with her over the years and look forward to again. We have exciting storylines planned for her character and the entire BAU team as we head into our 10th season.” 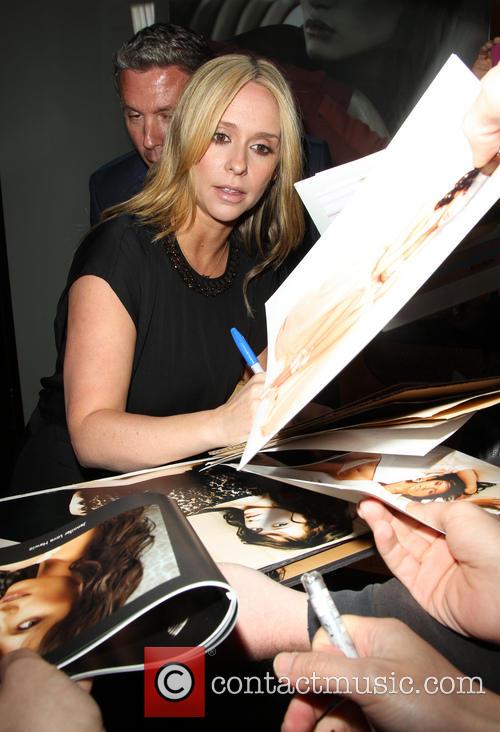 By Victoria Pavlova in Lifestyle / Showbiz on 27 November 2013 Jennifer Love Hewitt has double joy as she gives birth to a baby daughter and marries her longtime boyfriend, Brian Hallisay.

The 34 gave birth to her first child and also announced she recently tied the knot with the baby's daddy, Brian Hallisay. 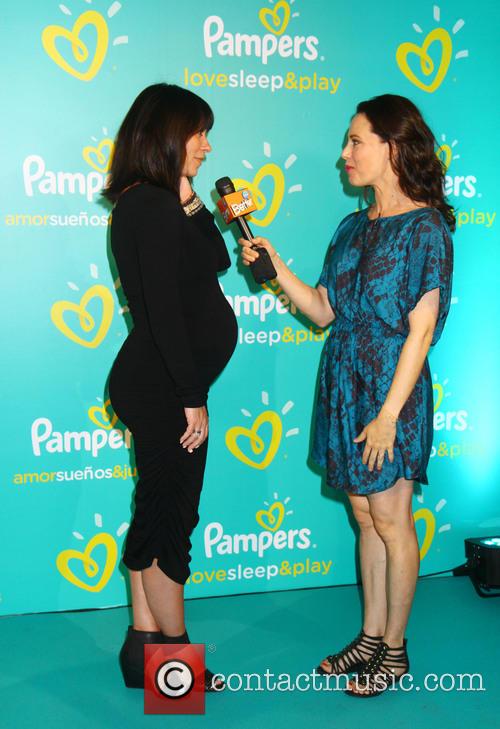 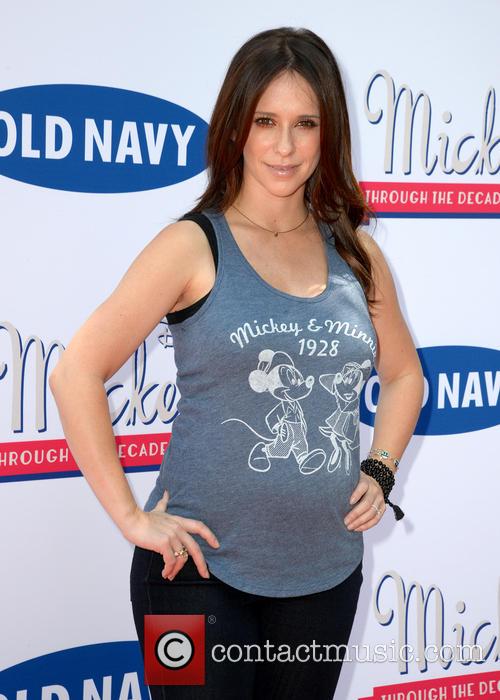 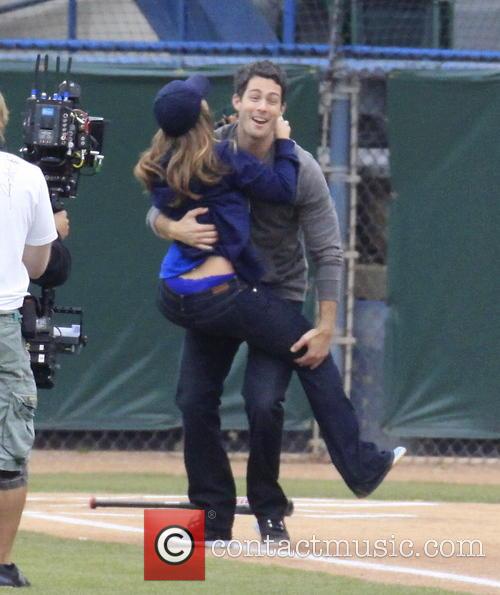 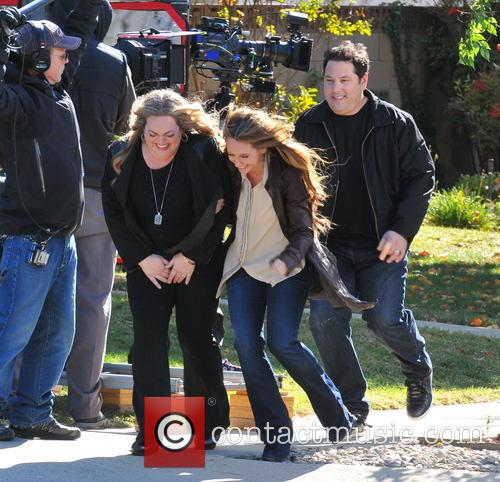 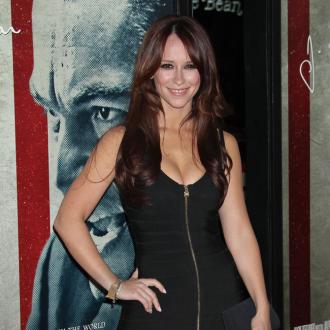 I Know What You Did Last Summer to remade