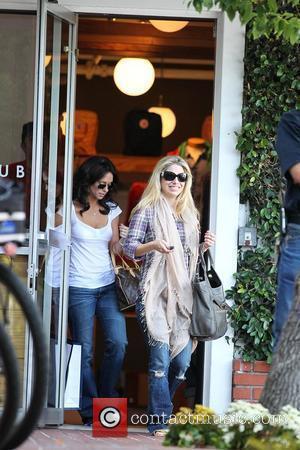 Jennifer Love Hewitt's spooky TV series GHOST WHISPERER has been brought back from the dead - TV executives at ABC have given the show a lifeline.
The long-running drama was axed last week (ends21May10) as part of a sweep by executives at CBS.
But Hewitt's co-star and ex-boyfriend Jamie Kennedy has revealed there is still "life" in the programme after ABC chiefs expressed interest in picking up Ghost Whisperer for its future schedule.
He says, "They are talking about it, so that's cool. We haven't exactly gone into the light, we haven't crossed over, but we've got some life."
Ghost Whisperer premiered in 2005.