Actress Jennifer Morrison Is Planning To Make Her Feature Film Directorial Debut Next Year (16) - As Long As She Can Find The Time In Her Schedule. 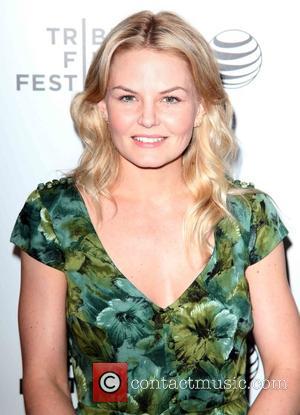 The former House star recently stepped behind the camera to shoot the short comedy/drama Warning Labels, which received its world premiere at the Tribeca Film Festival in New York on Saturday (18Apr15), and now Morrison is looking forward to putting her directing talents to the test for a feature-length movie, titled Sun Dogs.

She tells WENN, "I have the next project that I want to direct... I've optioned it and it's mine so it will be what I direct next. It's called Sun Dogs.

"Anthony Tambakis, who wrote (her 2011 movie) Warrior, wrote Sun Dogs and we're in the process now, my producing team and I, to set it up to hopefully, if it all comes together, direct that in 2016."

However, Morrison admits juggling her passion for filmmaking with her acting responsibilities is tough work.

She says, "I really enjoy being behind the camera. I feel very comfortable doing it. I feel like there's obviously more to learn and you're constantly trying to consume as much as possible to try to be as astute and knowledgeable as you can be, but just in terms of the technical side of things, the hardest thing is scheduling because I spend nine months out of the year on (U.S. TV drama) Once Upon A Time, so in terms of having enough time to prep properly and location scout and figure out how to really spend time with all the department heads and do the casting, it's so time consuming and to have two full time day jobs is always the challenge right now."

Jennifer Morrison Quits Lead Role In 'Once Upon A Time'