Comedienne Jennifer Saunders Pocketed $16,000 (£10,000) From Her Best Pal Dawn French After Winning A Bet To Write The Script For Her Absolutely Fabulous Movie Within A Year. 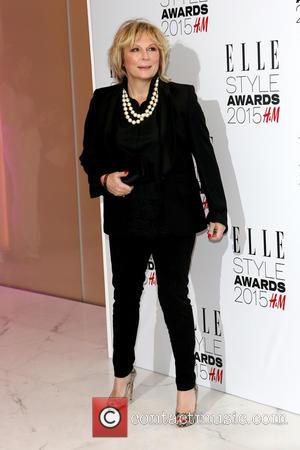 Picture: Jennifer Saunders - A host of celebrities were photographed as they arrived at the ELLE Style Awards 2015 which were held at the Walkie Talkie...

Saunders, who co-created the hit sitcom with her longterm writing partner French, began work on the movie in 2013 and was galvanised into action by her friend's dare.

When French found out that Saunders was writing the long-awaited big-screen version of the comedy, she promised to hand over $16,000 if her pal could complete the script by the end of 2014, and Saunders has now revealed she won the bet with just hours to spare.

Saunders tells British TV show Loose Women, "She bet me on live radio... that if I didn't write it that year I'd have to pay her £10,000, which was a good kind of motivator. And I just got it in on time. On New Year's Eve I gave it to her."