Jenny McCarthy was reportedly fired from 'The View' because she ''played it too safe.'' 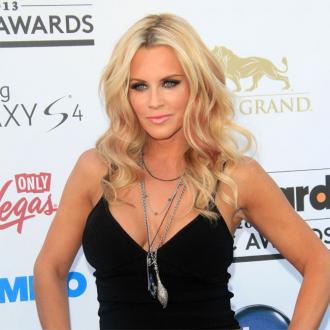 Jenny McCarthy was reportedly fired from 'The View' because she ''played it too safe.''

The former Playboy model, who is engaged to New Kids on the Block hitmaker Donnie Wahlberg, was axed from the ABC talk show on Thursday (27.06.14) after less than a year on the panel, but insiders insist it wasn't a shock.

A source told UsMagazine.com: ''It's not a shock that Jenny was let go.

''[She] restrained herself and didn't say what she really thought.''

The source added: ''She played it too safe.''

Jenny's co-host Sherri Shepherd was also axed after seven seasons, leaving just Whoopi Goldberg among the remaining cast members, and the future of the show is now ''up in the air.''

The source said: ''Everything is up in the air. They are figuring out what to do with Whoopi...It is still being decided.

''Everybody is counting on one more season.''

ABC has been ''auditioning loads of people'' in recent months in bid to get the right chemistry on the panel and contenders for the vacant spots are said to include Bill Rancic, Bevy Smith, Ross Matthews and Mario Cantone.

The insider also said that things are very tense behind the scenes.

Jenny, 41, took to Twitter to break the news to her fans.

She wrote: ''My View will be changing too. As will with many hard working folks.

''Thanks to everyone at the show for your dedication and an amazing year.''