Jenny McCarthy's Exit From 'The View' "Was Mutual," Claims She Wasn't Fired

The TV personality admitted that she was hired to co-host the ABC show to add "more pop culture fun," but before long the network's executives realized that "they want more conflict and debate." 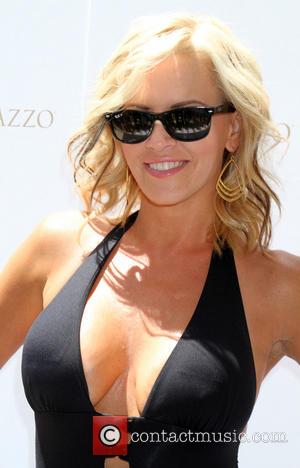 Jenny McCarthy's sudden exit from the daytime talk show 'The View,' was a "mutual" decision.

The 41 year-old TV personality announced she was leaving the ABC show at the same time as Sherri Shepherd did, late last month.

After only working as a co-host for one season, speculation over if McCarthy was fired soon began to surface.

But the former Playboy model revealed to Hollywood Access on Tuesday (July 15th), half way through the current season, she didn't want to be "part of this and they agreed."

"When I originally came on, I was elated. It was Barbara Walters' last year, I was her last hire. I studied with her and watched her every move and I was brought on to change the views perspective and make it lighter and more pop culture fun," McCarthy told the entertainment news program.

Adding, "It was very polarizing, the audience thought, and very political. And it kind of drove people away."

As ratings of 'The View' began to fall, McCarthy said ABC executives made the decision to bring back big personalities like Rosie O'Donnell, in order to create more heated debates.

"Midway through the season they realized they needed to replace Barbara. Those are big shoes to fill. In order to fill those kind of shoes you need to bring a heavy lifter in," she explained. "The idea was talked about around that time that Rosie might be coming back. And it's just obvious after being a part of the table they want more conflict and debate."

"You can't really have five democrats sitting around a table," Donnie Wahlberg's fiancé added. "It was mutual. I can't be a part of this and they agreed. They want a right wing tough badass in there."

More: Jenny McCarthy Thinks Rosie O'Donnell's Return To "The View" Is Just What The Doctor Ordered

Although Jenny is staying on until the end of the season, she has already found her next career move. In a recent interview with Howard Stern the actress revealed she will be hosting a weekly SiriusXM radio show called 'Dirty, Sexy, Funny with Jenny McCarthy.'

"It's no secret that I love to talk. I'm excited to do it on SiriusXM without having to interrupt anyone or keep things clean. You can bet your sweet ass this show will live up to its title," she excitingly stated. McCarthy says her exit from 'The View' was a "mutual" decision