R&b Singer Jeremih Is Facing A Copyright Lawsuit Over The Cover For His Single Don't Tell 'Em. 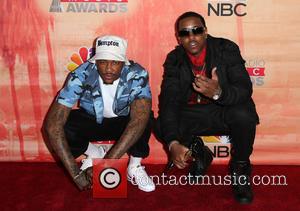 Photographer Alexander Flemming and model Louise Rams claim they never gave the singer nor executives at Def Jam and Universal Music permission to use the image featured on the cover, according to theJasmineBRAND.com.

Flemming also alleges Jeremih stole the picture and is suing for the illegal use of it.

Rams is suing for the unauthorised use of her image.

They are seeking damages and are asking for an injunction to stop the singer from further using the photo.