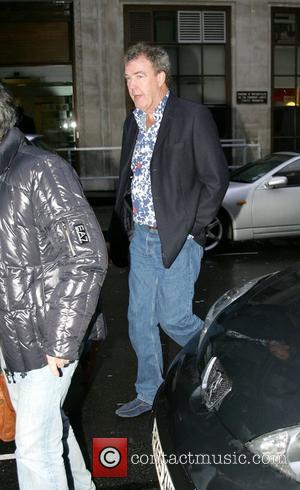 The 48-year-old made the comment while promoting the stage version of his BBC2 show  Top Gear Live  in Australia.

"It's the first time I've ever seen a world leader [Mr Rudd] admit we really are in deep s**t. He looked genuinely terrified," he said.

"Poor man - he's actually seen the books. We have this one-eyed Scottish idiot who keeps telling us everything's fine and he's saved the world and we know he's lying, but he's smooth at telling us."

In a statement issued on Saturday, Clarkson said: ""In the heat of the moment I made a remark about the Prime Minister's personal appearance for which, upon reflection, I apologise."

Mr Brown lost the sight in one of his eyes in a rugby accident as a teenager. He still suffers problems with his sight despite months in hospital.

Scottish Labour leader Iain Gray said: "Such a comment is really a reflection on Jeremy Clarkson and speaks for itself.

"Most people here are proud that the prime minister is a Scot and believe him to be the right person to get the UK through this global economic crisis."

And Liberal Democrat culture spokesman Iain Smith added: "Unfortunately, this is the level of maturity and political comment that people have come to expect from Mr Clarkson."

This afternoon Clarkson released an apology for this remarks, saying: "In the heat of the moment I made a remark about the prime minister's physical appearanece for which, upon reflection, I apologise."

The BBC, as a result, have said that no further action will be taken against the presenter.

It is not the first time Clarkson has courted controversy. Last year he drew hundreds of complaints after joking about lorry drivers killing prostitutes.

He has also previously boasted about speeding at 186mph and said accused a Malaysian-made car of being built by leaf-wearing jungle dwellers.