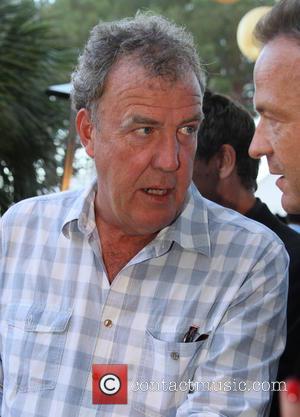 The British star caused controversy by driving a car with the licence plate 'H982 Fkl' during the U.K. motoring show's recent shoot in the South American nation.

The stunt was considered a mocking reference to the Falklands War of 1982, and Clarkson claimed the cast and crew's lives were put at risk when they were chased by an angry mob which pelted the cars with stones. He also alleged the violence forced them to flee the country.

However, Alicia Castro, the U.K's Argentinian ambassador, has now written an impassioned response to an article Clarkson wrote in Britain's The Sunday Times newspaper detailing his trip.

Castro accuses Clarkson of exaggerating his tale and fabricating much of the detail, while she also claims he has unfairly depicted Argentinians as "savages" and put off prospective British tourists.

In an article for Britain's The Independent newspaper, Castro writes, "He describes being ambushed by a mob brandishing 'pickaxes'. Later... he recounts another scene: Clarkson claims that a mob was trying to burn the crew's cars - which I understand did not actually happen - and he goes so far as to affirm that 'One said they were going to barbecue us and eat the meat'.

"Clarkson's imperialistic imagination is remarkably fertile: Argentina has never practised cannibalism. We do, it is true, eat a lot of beef. But we have never eaten a journalist... It may be too much to ask of people whose job it is to produce shows, that they refrain from fabricating such a horror story or tale of adventure just to get publicity and increase ratings."

Castro insists local authorities brought crew members to safety once the unrest began and concludes the article by asking the star and his crew to treat the Falklands conflict with more respect because so many soldiers lost their lives in the conflict.

She adds, "The conflict in the South Atlantic - and especially the memory of those who lost their lives in the war on both sides - deserve to be treated not with malicious mockery, but with understanding and respect."