The former ‘Top Gear’ presenter was urged to take a "complete break,” following his firing from the BBC show.

Jeremy Clarkson has revealed he was sent to rehab over the summer, following his sacking from ‘Top Gear’. The presenter said he was ordered to take a "complete break” by doctors, due to the stress of dealing with his exit from the BBC series. Clarkson left the show in March following a much publicised 'fracas' with producer, Oisin Tymon. 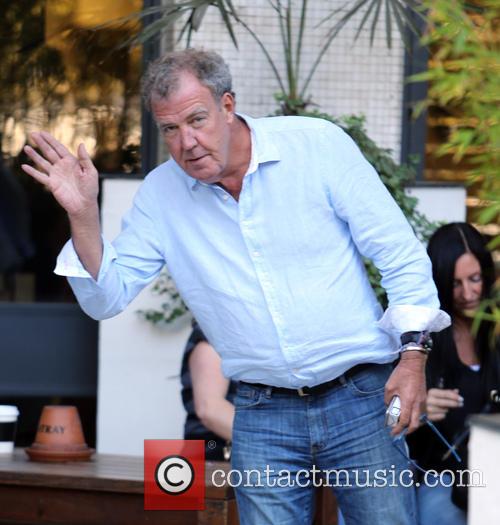 Jeremy Clarkson has revealed he entered rehab for stress over the summer.

Writing in his Sunday Times column Clarkson said, 'Back in the summer it was decided by people with serious faces and stethoscopes that I needed a complete break. And they weren't talking about two weeks in the sun with a book, and a million cocktail parties every night. They were talking about a whole month in the Stone Age.’

More: Jeremy Clarkson Takes A Hammering On 'Have I Got News For You'

'They said very sternly that after dealing with the stresses of a dying mother and the BBC television chief Danny Cohen and a lost job and a million other things besides, I was about to become a drooling vegetable. I must go immediately to a prison where there would be no contact with the outside world.'

Clarkson said he expected the facility would be full of 'Scandinavian furniture and half-naked Vietnamese women’. But in reality it was more like 'actual prison’, containing cell blocks and shared rooms.

More: Could The New Clarkson, Hammond And May Amazon Show Be Called 'Gear Knobs’?

'To fill the yawning chasm between the 5am roll call and 10pm lights out, hours and hours of what I've now decided is the absolute worst thing in the world — yoga,’ Clarkson added. The presenter is now preparing to launch his new motoring show on Amazon Prime, along with his former ‘Top Gear’ co-presenters James May and Richard Hammond.