Jeremy Clarkson Suffered A Terrifying Cancer Scare Just Days Before He Was Involved In A Bust-up With A Top Gear Producer Which Ended His Career On The Hit Motoring Show. 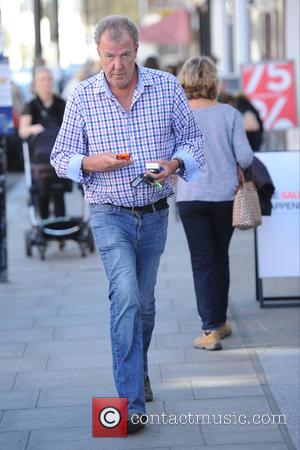 Clarkson was fired from the hugely popular TV series by BBC bosses last month (Mar15) following a dispute with a crew member over catering arrangements during a location shoot.

The British TV host has now revealed he was in the midst of a health crisis at the time of the incident, writing in his column for Britain's Sunday Times newspaper, "Two days before the 'fracas' I'd been told, sternly, by my doctor that a lump on my tongue was probably cancer and that I must get it checked out immediately. But I couldn't do that. We were in the middle of a Top Gear series. And Top Gear always came first."

Clarkson was recently told he will not face prosecution over the bust-up, and he has received support from more than a million fans, who have signed a petition demanding BBC bosses reinstate him as Top Gear host, while his celebrity backers include Hollywood actor Russell Crowe and rapper Snoop Dogg.