There’ll be no need to put the stars in reasonably price cars over on Amazon...

Jeremy Clarkson, Richard Hammond and James May, the former ‘Top Gear’ trio, last week announced they’d signed a deal with Amazon Prime to front a new motoring show on the streaming service. But for those wondering how much it cost Amazon to nab the three presenters, the answer is reportedly a whopping £160 million. 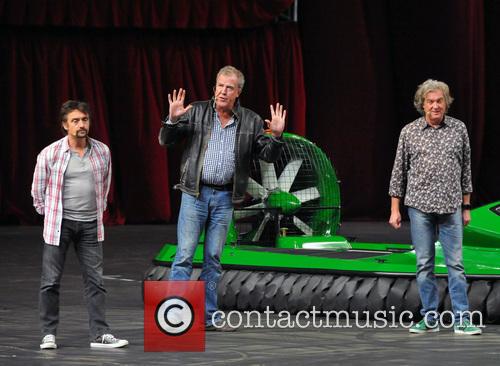 Jeremy Clarkson, Richard Hammond and James May are headed to Amazon with a new series.

Yes according to former 'Top Gear' producer Andy Wilman, who has also jumped ship with the trio, Amazon reportedly promised the presenters a budget of £160 million to lure them away from competitors such as Netflix.

More: Clarkson, Hammond And May To Launch New Motoring Show On Amazon Prime

As part of he Amazon deal the team has committed to 36 episodes of their as-yet-untitled motoring show, with each episode having a budget of around £4.5 million. "It was very parochial the way this whole thing started," Wilman told Broadcast magazine. "It's not our forte doing deals. We're all crap at business.”

Amazon is also said to have given the presenters “creative freedom” for the show, which is said to be a lot more like the ‘Top Gear’ on the road adventure episodes than merely giving consumer advice.

Speaking about the tough choice the trio had Wilman said, “We love the people down at ITV, but we couldn't do it. Every one we have talked to has told us: ‘They [Amazon] leave you alone to make your show'. That's a big one for us - we don't like interference, we don't need to be policed.”

The highly anticipated new show is set to launch simultaneously in the UK, US and Germany on the streaming service, with episodes expected to arrive beginning autumn 2016.