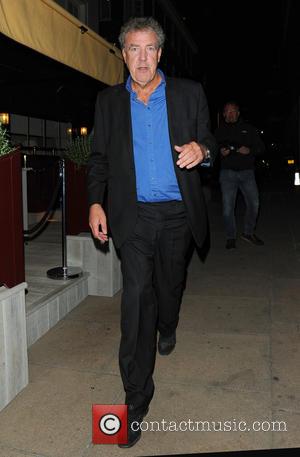 British Tv host Jeremy Clarkson has sparked outrage by apparently mocking the paedophile scandal gripping the Bbc in the wake of revelations Sir Jimmy Savile was a serial sex offender.

Bosses at the corporation were rocked last year (12) when it emerged late radio and Tv presenter Savile had molested hundreds of underage girls and boys during his 40-year career.

Several veteran entertainers with links to the Bbc, including sports commentator Stuart Hall, have been arrested on sex abuse allegations in the fallout from the scandal, but Clarkson - who presents the network's hit motoring show Top Gear - has risked a storm by apparently mocking the controversy.

In a post on his Twitter.com page, Clarkson wrote, "Can I just say that I've worked at the Bbc for 24 years and in all that time, no-one has ever tried to put his finger in my bottom."

The comment has drawn criticism from campaign groups in the U.K., with a spokesman for the National Association for People Abused in Childhood telling the Daily Star newspaper, "Jeremy Clarkson is well known for coming out with real nonsense like this. I don't think he realises the seriousness of the issue he is making fun of.

"If Stuart Hall or somebody of his ilk had got his hands on one of Jeremy Clarkson's relatives, he might think twice. He should keep his head down."

Last week (ends03May13), 83-year-old Hall was warned he faces jail after he admitted 14 charges of indecent assault against girls aged nine to 17 in a series of offences dating back to 1967.