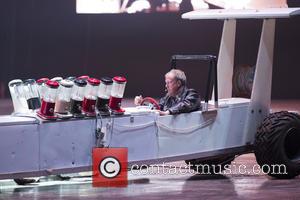 The final episode of the long-running motoring series to feature the trio picked up a 23 per cent share of all TV viewers.

It featured footage filmed shortly before Clarkson fell out with a producer, prompting TV bosses to suspend and then sack him.

The popular TV host, who has been fronting the show with Hammond and May since 2003, tweeted fans after the final episode aired, stating, "Many many thanks for all your support and encouragement over the years. So sad and sorry it's ended like this."

Car enthusiast and radio and television presenter Chris Evans has been announced as Top Gear's new host; his contracted three-year stint on the show will begin next year (16).