Jeremy Irons claims older men used to ''feel him up'' but he would just tell them to ''get lost''. 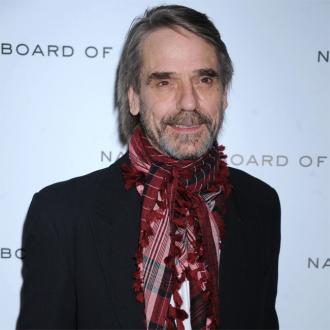 Jeremy Irons says men used to ''feel him up''.

The 'Beautiful Creatures' actor - who infamously said women should ''deal with'' men touching their bottoms in a 2011 interview - claims he's a very sensual person and doesn't regret his controversial comment because he had to endure older men touching him up when he first started out in the business.

He said: ''I love touching. I always touch people. I don't think I said 'bottom' but of course I was misquoted. Basically, I said that any self-respecting woman wouldn't tell you to f**k off.

''I think we're very robust as human beings. I had people when I was younger trying to feel me up. Older men. I just told them to get lost.''

The 64-year-old actor is known for his outspoken opinions, which have earned him a reputation as being difficult on set, and he has actively tried to put his past behind him since shooting 1992 movie 'Damage' with Juliette Binoche, after she complained about working with him.

Jeremy told The Times newspaper: ''I've grown up since then. I've realised there is a very thin line between being a perfectionist and a ****. I was sometimes. I was so concerned to get it absolute right... I think it culminated on 'Damage'. I realised that actually there is no right way.

''And if everybody is having a good time when they are shooting, it's more likely to be a good movie than if there are ructions and difficulties. I thought, just forget it Jeremy.''