Jeremy Irons Confuses Everyone With Weird Comments On Same-Sex Marriage

The actor's comments lately might not have been the most understandable, but at least nobody can accuse him of being unoriginal. 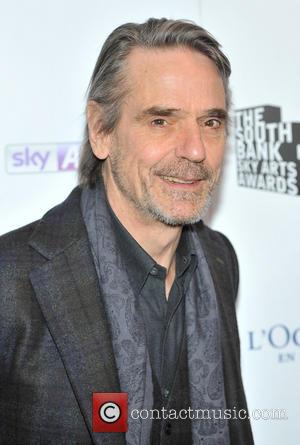 Is Jeremy Irons in support of same sex marriage rights or against them? Nobody can really tell, at least not by his extremely bizarre comments during a live chat earlier this month. The actor, who plays Pope Alexander VI in the 2011 TV series The Borgias had some odd things to say, when asked about the topic:"It seems to me now that they are fighting for the name, and I worry that means somehow we debase or we change what marriage is. I just worry about that."

So that would mean he's against the idea, right? Well, not necessarily. This later led him on to the topic of tax avoidance and inheritance, which through some rhetorical backflips, somehow turned into a casual chat about incest. We wish we were kidding.

"Could a father not marry his son?" Irons asked host Josh Zepps, who answered, "There are laws against incest."

"It's not incest between men," Irons replied. "Incest is there to protect us from having inbreeding, but men don't breed, so incest wouldn't cover that."

Are you sure that means what you think it means, Mr Irons?

Well, we're pretty sure the law in most countries would disagree with Mr Irons there. He then had to "clarify" his previous comments in a statement, which had people scratching their heads even more than before, when the actor said: "I don't have a strong feeling either way. I just wish everybody who's living with one other person the best of luck in the world, because it's fantastic.

"Living with another animal, whether it be a husband or a dog is great. It's lovely to have someone to love. I don't think sex matters at all. What it's called doesn't matter at all," he added.

Good for him for promoting love and tolerance and all, but did Jeremy Irons just equate marriage to owning a pet? Jeremy Irons at The TRIC Awards In London