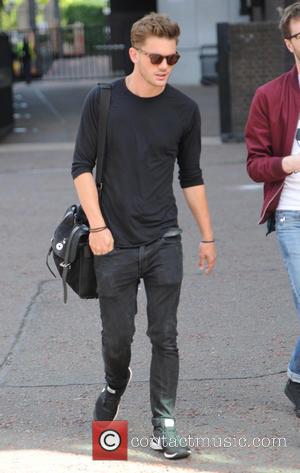 The trailer for the fictionalised drama, based on the 1969 Stonewall gay rights riots in New York, was released this week (beg03Aug15) and sparked controversy among members of the lesbian, gay, bisexual and transgender community (LGBT) who have created two online petitions urging the public to boycott the movie.

The petition creators accuse Emmerich of sidelining the real-life instigators in the riots, who were primarily transgender and of ethnic minorities, to focus on a fictional white, gay male played by Irvine.

Irvine addressed the backlash on Instagram.com, writing, "I saw the movie for the first time last week and can assure you all that it represents almost every race and section of society that was so fundamental to one of the most important civil rights movements in living history. (Stonewall activist) Marsha P. Johnson is a major part of the movie... In my opinion, the story is driven by the leader of this gang played by Jonny Beauchamp who gives an extraordinary performance as a Puerto Rican transvestite struggling to survive on the streets... Roland Emmerich is one of the most sensitive and heartfelt directors I've worked with and I hope that, as an ensemble, we have not only done such an important story justice but also made a good movie as well."

Emmerich added in a message posted on Facebook.com, "I understand that following the release of our trailer there have been initial concerns about how this character's involvement is portrayed, but when this film - which is truly a labour of love for me - finally comes to theatres, audiences will see that it deeply honours the real-life activists who were there - including Marsha P. Johnson, Sylvia Rivera, and Ray Castro - and all the brave people who sparked the civil rights movement which continues to this day."

The petition started by the The Gay-Straight Alliance Network had reached more than 14,260 signatures as WENN went to press.