British Actor Jeremy Irvine Struggled To Shoot Adventure Thriller Beyond The Reach In The Heat Of The New Mexico Desert After Having To Wear Rubber Prosthetics To Fake A Severe Sunburn. 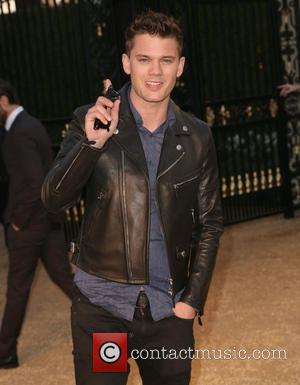 The Railway Man star portrays a hunting guide who is stripped naked and goes on the run from a wealthy hunter, played by Michael Douglas, who seeks to silence Irvine's character after witnessing the death of an old man.

They filmed the movie in New Mexico in 2013, but Irvine confesses he has few good memories about the shoot itself because he had to spend hours in the make-up chair and then suffer under the hot sun.

He tells Total Film, "There was a lot of physically tough aspects to this film, but the make-up was the worst. It took three-and-a-half hours to put on the prosthetics every morning. By the end, I wondered what was worse: having the fake make-up or the real sunburn! It's like having condoms stuck all over you in 40 degree (Celcius) plus heat. You're sweating and itching... it's grim."