Jeremy Piven will star alongside Tom Cruise and Emily Blunt in 'Edge of Tomorrow' which is currently shooting new scenes despite wrapping production recently. 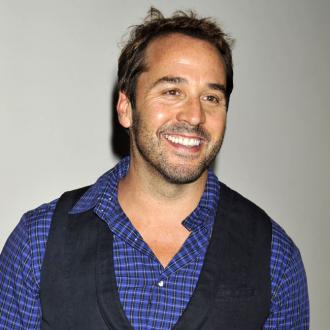 Jeremy Piven has joined Tom Cruise in 'Edge of Tomorrow'.

Although the blockbuster sci-fi film recently finished filming, the Emmy Award-winning actor will be a late addition to the cast after director Doug Liman decided to shoot some extra scenes, according to Deadline.

Piven will star alongside Cruise and Emily Blunt in the Warner Bros. flick and has already begun filming as Colonel Walter Marx in the UK, where he is on a break from filming his TV show, 'Mr. Selfridge'.

The movie studio insists they had always planned to shoot new scenes this summer.

'Edge of Tomorrow' - which was previously titled 'All You Need is Kill' - is based on a Japanese science fiction novel by Hiroshi Sakurazaka and tells the futuristic story of a soldier who is forced to relive his final day of battle in a war against aliens over and over again.

Piven, who is best known for his role as Ari Gold in hit HBO TV show 'Entourage', will next be seen reprising his award-winning character in a big screen follow-up to the show, which will be produced by Mark Wahlberg.