Jeremy Renner will reprise his role as Aaron Cross in a fifth 'Bourne' film as Universal has hired Anthony Peckham to pen a script for the movie. 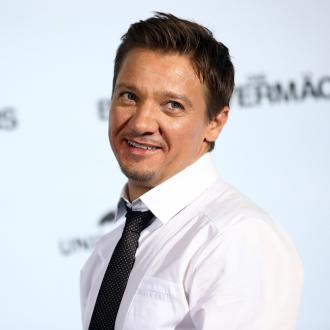 Jeremy Renner is to star in a fifth 'Bourne' film.

Universal has green-lit another movie in the spy thriller franchise with the 'Avengers' actor - who took over the lead role in the series from Matt Damon - set to reprise his 'Bourne Legacy' character, Aaron Cross, reports Deadline.

The movie studio has hired 'Sherlock Holmes' and 'Invictus' writer Anthony Peckham to pen the script for the fifth instalment, while Frank Marshall will return to produce alongside Captivate Entertainment's Ben Smith and Jeffrey Weiner.

Renner took over the franchise in 2012's 'Bourne Legacy', starring alongside Rachel Weisz, as a black ops agent.

The actor recently indicated he would not return to his famous role unless director Paul Greengrass - who helmed the 2004 and 2007 movies - returned also.

'The Bourne Legacy' grossed $276 million worldwide, which is moderate in comparison to the $440 million grossed by Damon's final 'Bourne' flick in 2007.

As well as reprising his Aaron Cross role, Renner is tipped to return as Hawkeye in comic book movie, 'The Avengers: Age of Ultron', a sequel to last year's superhero blockbuster.