Jeremy Renner Is Not A Fan Of Bradley Cooper's Suggestion Actors Should Help Negotiate Better Wages For Their Leading Ladies, Insisting "That's Not My Job". 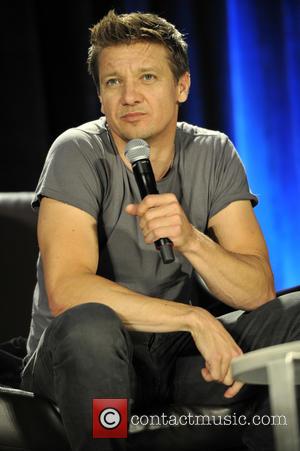 The Avengers star makes it clear he is all for equal pay between the sexes in Hollywood, but while his American Hustle castmate has offered to help in the deal-making process by urging his male peers to be more "transparent", Jeremy insists that's not for him.

"That's not my job," he tells BusinessInsider.com. "I don't know contracts and money and all that sort of stuff."

Instead, Jeremy prefers to leave the financial side of his work to his agents.

"I'm a performer and I know human behaviour," he adds. "When it comes to that sort of stuff I let other people deal with that. I do what I'm good at, that's what I focus on."

Jeremy's comments emerge days after Bradley vowed to do more to help women achieve equal pay for equal work, admitting he was stunned to learn Jennifer Lawrence was paid significantly less than her male co-stars on their film American Hustle.

In a recent essay, titled Why Do I Make Less Than My Co-Stars?, Jennifer recalled finding out about the huge salary differences following the Sony Pictures cyber attack last year (14), when producers' emails were leaked online.

"When the Sony hack happened and I found out how much less I was being paid than the lucky people with d**ks, I didn't get mad at Sony," she wrote. "I got mad at myself. I failed as a negotiator because I gave up early. I didn't want to keep fighting over millions of dollars that, frankly, due to two franchises, I don't need."

Upon hearing her remarks, Bradley called for more open discussion in Hollywood to avoid such situations happening again.

"She worked every day on that movie and got paid nothing," he recently told Reuters. "It's really horrible actually, it's almost embarrassing... I don't know where it's changing otherwise, but that's something that I could do."

It's not the first time Jeremy has stirred controversy with his blunt comments. He previously had to apologise for his choice of words after joking about Scarlett Johansson's Avengers character Black Widow and calling her a "slut".

The 44 year old also made a questionable quip about Jennifer Lopez's cleavage at the Golden Globe Awards in January (15), when he went off-script and complimented the busty beauty on her own "globes" as they hit the stage together to present a prize.