Jeremy Renner not under pressure to wed

Jeremy Renner doesn't feel under pressure to get married to his Canadian model girlfriend Sonni Pacheco. 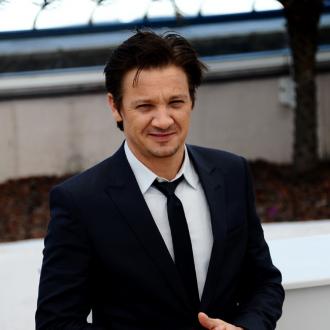 Jeremy Renner doesn't feel under pressure to get married.

The 42-year-old actor, who recently sparked rumours he tied the knot with his girlfriend, Sonni Pacheco, after being photographed wearing a silver band on his wedding ring finger, claims they haven't even discussed the idea yet.

'The Avengers' star told the December issue of Elle magazine: ''I've never felt that pressure. No. It's not necessarily something I often think about.''

He added: ''It's a whole other conversation. Don't forget how the institution of marriage came about.''

The 'America Hustle' star learnt ''what not to do'' from his parents.

He said: ''Both of my parents have been married three times.''

The couple welcomed their first child, Ava Berlin, in March and Jeremy hopes to teach his daughter ''compassion.''

He said: ''Something a lot of people don't teach.''

Jeremy also opened up about why he is attracted to his Canadian model girlfriend.

He said: ''My girl is masculine in a lot of ways, even though she looks like a supermodel. A girly girl just doesn't do it for me. I can't have a conversation about your broken nail.''