Hollywood star Jeremy Renner has revealed his dream house is the ''representation'' of every movie he's ever made. 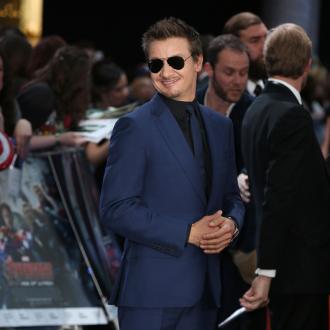 Jeremy Renner's dream house is the ''representation'' of every movie he's ever made.

The 44-year-old actor - who's married to Canadian model Sonni Pacheco, with whom he has a two-year-old daughter Ava Berlin - has spent years doing up homes in Hollywood and selling them on for a small fortune in the hope of one day passing his property on to his children.

And Jeremy - who recently starred in 'Avengers: Age of Ultron' - says he's finally reached that stage, saying: ''We kept acquiring bigger structures, and now it's 20-some houses later between the two of us ... mostly we did them together.

''Each house has always been our primary residence... We were just investing in the next house we were going to live in. We live in the houses while the work's being done.

''Most people couldn't do that ... It's like going back to camping and caveman days - no electricity, no running water.''

Jeremy's dream home is a 1960s-period property - and he couldn't be any happier with it.

He told Playboy magazine: ''This is my home now, and I'm pretty sure this is my last structure. It's something I built and it's a representation of every house I built and pretty much every movie I've done. This house represents a lot of who I am spiritually.

''This will be my daughter's place in the future. I own it now, but Ava owns me.''