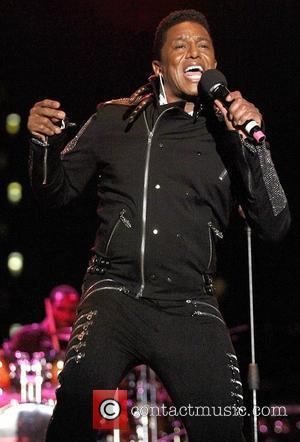 Just when you thought the Jackson family had gone to ground and decided to sort out some of their myriad of internal problems, Jermaine Jackson (Michael Jackson’s older brother) has apparently decided to change his surname. To Jacksun. Yep, that’s right. Jacksun. Jermaine Jacksun. TMZ have reported that the former Jackson 5 singer will be embarking on the protracted legal name change process, just so that he can change a single letter in his name.

It seemed, for a while, that things may have been settling down in the Jackson family, following a summer of internal arguing, bust-ups and court cases – mainly involving the custody of Michael’s children and the money that had been left in order to provide for them. Then, just a few weeks ago, Michael’s dad, Joseph Jackson decided to start flashing his handgun in public and now, this bizarre name change from Jermaine. According to TMZ, Jermaine filed a petition for a name change at LA County Superior Court on Tuesday (November 6, 2012) and revealed that he wanted to make the change “for artistic reasons.”

We’re not sure what those artistic reasons might be. It’s been 21 years since Jermaine has released any new solo material, though it has been suggested that Jermaine and his siblings may have joined Michael on the ill-fated This Is It tour. A hearing has been scheduled for Jermaine’s request, and if he’s granted permission, he’ll have to have the name change announced publicly several times before it is deemed official.