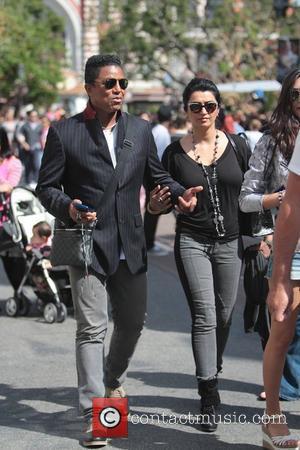 Jermaine Jackson has been overcome with emotion rehearsing for a comeback tour with his brothers because he breaks down in tears when he remembers his late sibling Michael.
The four surviving members of The Jackson 5 are hitting the road together for their first trek in almost three decades, but Jermaine admits it hasn't been easy without their former frontman Michael, who died in 2009.
He tells the Associated Press, "The brothers don't know this, but I've broken down several times and cried during rehearsals. I'm so used to Michael being on the right and then (brothers) Marlon, Jackie, on and on. It's just something we never get used to."
Jermaine will be joined by Tito, Jackie and Marlon when the Unity tour kicks off in Ontario, Canada on Wednesday (20Jun12), ahead of the third anniversary of the King of Pop's death on 25 June - a day still steeped in painful memories for the family.
Marlon explains, "For me, this cycle that comes around every year - this day, that day - that doesn't affect me because it affects me every day. When that day comes around, it's the same. You learn to live with it. I still wake up sometimes and go, 'Jeez. I can't believe my brother's not here.'"
However, Tito admits he feels closer to Michael by performing the group's hits, adding, "There's certain songs that make you feel the sorrow. Then again, there are other songs that bring so much joy and happiness, such as ABC and I Want You Back and the up-tempo stuff like This Place Hotel. I just imagine how he used to walk and spin and do all these things. You can feel his presence here."