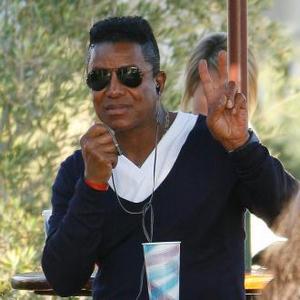 However the brother of the late singer - who died in June 2009 - still has ''deep reservations'' about the executors.

He wrote: ''I rescind my signature from the letter which was sent to the Estate, and which should never have gone public.''

He continued: ''I still hold deep reservations about many issues involving the Estate, and I will continue to bring scrutiny and a resolute voice wherever we have cause for concern. But the way to address such matters is through the proper channels and via a private dialogue, not public conflict.''

He added: ''In this spirit, I offer this statement by way of extending an olive-branch.''

Jermaine follows in the footsteps of his brother Tito, who withdrew his signature last week from the siblings' July 17th letter to the Estate, in which they accused the executors of failing at their job.

It apparently stressed out Katherine Jackson so badly she suffered a ''mini-stroke.''

At the moment the signatures of Janet, Rebbie, and Randy remain on the letter.

Michael's mother and nephew are planning to share custody of Prince Michael, 15, Paris, 14 and 10-year-old Blanket after Katherine was stripped of her rights with temporary control given to TJ, and they plan to begin court proceedings tomorrow.