The Jacksons To Tour America This Summer 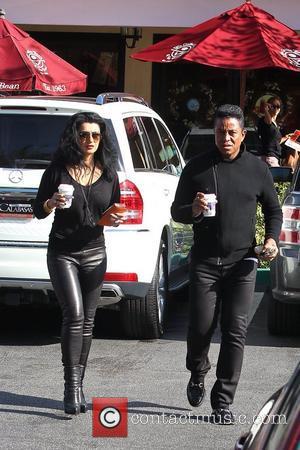 Jermaine Jackson and his brothers are to hit the road again for a U.S. summer tour.
After almost three decades, the existing members of the Jackson 5 will hit the road in June (12) for a 27-date trek across America, including stops at fabled venues the Greek Theatre in Los Angeles, the Apollo Theater in New York and Nashville, Tennessee's Ryman Auditorium.
The Unity Tour 2012 will begin in Louisville, Kentucky on 18 June (12) and it will mark the first time Jackie, Jermaine, Marlon and Tito Jackson have hit the road together since 1984.
A statement from Jermaine reads: "I am so happy and excited to perform again onstage with my brothers. I can't wait to sing all the songs that were so much a part of all of our lives. We are ready and committed to keep the family's legacy alive and perform once again with the highest level of excellence, creativity, and most of all, integrity."