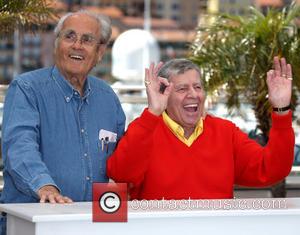 Ordinarily it's a cause for celebration when a long lost film is found, but it won't be for Jerry Lewis, who has done his best over the years to keep his The Day the Clown Cried from ever being screened publicly. Excerpts from the film appeared over the weekend on YouTube, culled from a Belgian documentary that includes scenes from the 1972 film as well as making of footage. Lewis is also interviewed and talks about his influences as a filmmaker. At a news conference in Cannes in May where he was promoting his latest film, Max Rose, the 87-year-old Lewis emphatically stated that The Day the Clown Cried will never see the light of day. I thought the work was bad, he said, And although I wrote and directed the film, I didn't make it accessible. ... It was all bad, and it was bad because I lost the magic. And that's all I can tell you about it. You'll never see it. No one will ever see it because I'm embarrassed at the poor work. And that's that. Every creator has the right of choice and he has the right of making final decisions that relate to the work. And I made a decision ...because I believed in the work and the way it should have been -- and it wasn't.