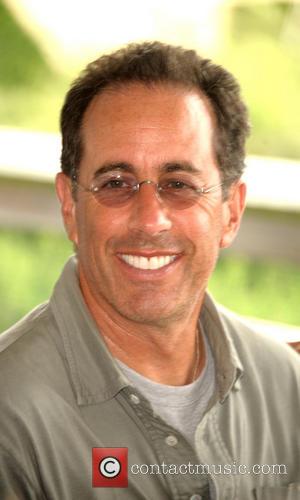 Comedian Jerry Seinfeld has given fans new hope for a collaboration with his pal Larry David, hinting that they have teamed up for a "huge" project.

The acclaimed funnymen created the beloved sitcom Seinfeld together, and fans of the programme have been clamoring for a reunion of the two masterminds since the show ended in 1998 after nine seasons.

In a chat with fans on Reddit.com on Monday (06Jan14), Seinfeld let it slip that they are writing together once again.

When asked, "What is the most mundane thing you and Larry have obsessed over?", Seinfeld responded, "We never obsess over anything that isn't mundane. Most recent was intentional mumbling. We wrote this script for this thing that you will eventually see but I can’t reveal what it is at this time. All I can do is tell you is that it’s big, huge, gigantic."

In 2012, Seinfeld recruited David as the first guest for his Emmy-nominated web series, Comedians in Cars Getting Coffee.