Shia LaBeouf, Jerry Seinfeld, And Kevin Bacon Have Landed Nominations In The 2015 Webby Awards For Their Online Antics. 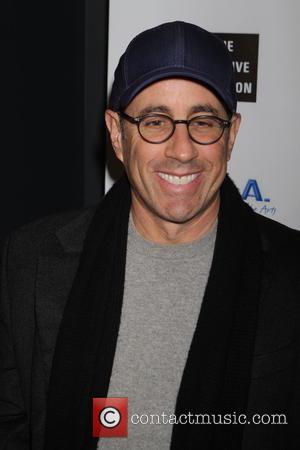 Transformers actor LaBeouf will go head-to-head with fellow Hollywood star Bacon and Parks and Recreation's Nick Offerman in the Comedy: Individual Short or Episode category at the upcoming ceremony, which honours the best of the Internet.

Seinfeld is celebrating his third year in a row on the list of nominees with his ongoing hit show Comedians in Cars Getting Coffee, which is up for the Comedy: Long Form or Series prize, and rockers Coldplay will battle with 'Weird Al' Yankovic for the Music award.

Yankovic will also go up against actress Kristen Bell and British funnyman Stephen Merchant in the Best Individual Performance category, and there are also nominations for U.S. programmes Jimmy Kimmel Live!, The Tonight Show with Jimmy Fallon, and The Ellen DeGeneres Show.

The winners of the 19th annual Webby Awards, organised by the International Academy of Digital Arts & Sciences, will be announced in New York on 18 May (15).