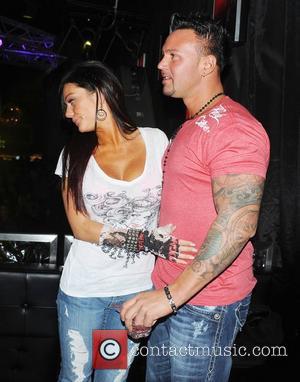 U.S. reality TV show Jersey Shore has caused uproar in Italy, with critics blasting the show for portraying "stereotype" descendants of the European country.
The MTV programme attracted negative comments after its launch in the U.S. in 2009 due to the castmembers' liberal use of the word 'Guido' - slang for working class Italian-Americans.
The show began broadcasting in Italy this month (Mar11) and has caused an even bigger storm, with critics blasting its portrayal of Americans with Italian heritage.
Columnist Roberto Del Bove writes in New Notzie newspaper, "They embody the worst stereotypes of Italians, multiplied by thousands and Americanized."
And a writer for Rome-based publication Corriere della Sera blasts the cast as having "slicked hair, exaggerated narcissism, boundless love for the family and outlandish eccentricity".