Jess Glynne was honoured with Authors and Publishers awards at the 2016 American Society of Composers.

The 27-year-old singer bagged two gongs including the prestigious Vanguard Award and best EDM Song for her 2015 hit 'Hold My Hand' at the star studded bash, which took place at London's One Embankment on Thursday (10.11.16).

However, the flame-haired beauty wasn't the only one to go home with an accolade as 80s pop band Duran Duran, which is made up of Simon Le Bon, Nick Rhodes and Roger Taylor, received the Golden Note Award for their longstanding career atthe helm of the music industry.

Whilst MNEK - who has collaborated with Zara Larsson on 'Never Forget You' was the recipient of the Vanguard accolade.

Speaking about his achievement on social media, MNEK - whose real name is Uzoechi Emenike - said: ''tonight i accepted my @ASCAPUK Vanguard award. my manager presented it to me and i almost cried. thank you for the acknowledgement ASCAP (sic).''

The full list of ASCAP Awards 2016 winners this year is as follows:

Thomas William Raybould ('The Hills' by The Weeknd) 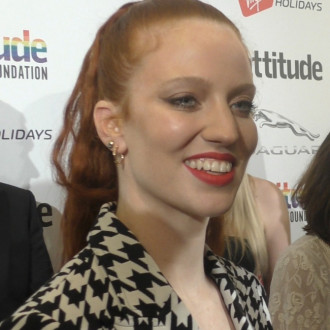