His appearance on The View came a day after the Supreme Court's ruling of California's Proposition 8, which stated "only marriage between a man and a woman is valid or recognized in California", was unconstitutional. After the law was passed Ferguson said "we're too far down the planning path to change" the wedding from New York to California. He went on to say "weddings are expensive" and that the couple's decision was economic: "we wanted to give that money to a state that accepted us as an equal".

According to People, the ceremony was performed by playwright Tony Kushner. Whilst guests included Cat Deely, Nigel Lythgoe and Mary Murphy, with whom he guest judged So You Think You Can Dance With.

Ferguson tweeted "never been happier" shortly after the wedding and his new husband simply said one word "husband. Mikita has later commented, via Twitter, asking news outlets to use this word as opposed to "partner".

Husband. Not partner. We've worked hard to call each other husband... so let's start using it. K thanks. ?

The couple support The Knot, a charity which helps couples to gain equal rights marriages in other states. Instead of wedding gifts they asked for donations to be made to this charity. 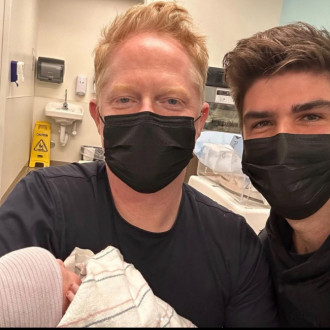