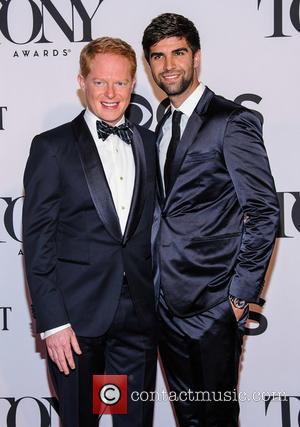 Ferguson's Modern Family partner Eric Stonestreet was also among the guests, according to Us Weekly magazine.

The newlyweds, who are the co-owners of the TieTheKnot bow-tie line, have been dating for almost two years. Ferguson proposed in Mexico last year (Sep13).