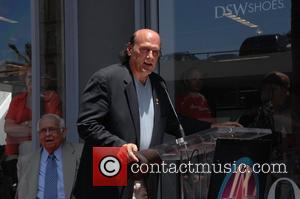 Wrestler and entertainer-turned-politician Jesse Ventura once worked as a bodyguard to the Rolling Stones - and witnessed one of Ronnie Wood and Keith Richards' most embarrassing druggie moments.
The former Minnesota Governor led the band's security detail when they came through his home city Minneapolis in 1978 and 1981 and he still chuckles about one on-the-road tale.
He tells BlogTalkRadio.com, "Keith and Woody were in the dressing room and their manager burst in and said, 'The police are here.' Keith said, 'Wood and I are flushing everything down the toilet,' and 30 seconds later in walks Stewart Copeland and Sting!'"
But Ventura insists his hero Richards' reputation as a drugged-up rocker is not accurate.
He adds, "He's the heart and soul of the Rolling Stones. Everybody assumes he's such a drug burn-out but he's exceptionally smart. He plays a role letting people think, 'Oh, just old numby Keith,' but not at all."
And Ventura admits one of the highlights of his time as Minnesota Governor was giving the band their own official state day: "My first proclamation as Governor was in February, 1999 and I officially declared it Rolling Stones Day in Minnesota. The Stones were there that night playing and they got the proclamation.
"Keith Richards walked up to me that night in his cockney accent and he said, 'So you used to bodyguard us back in '78 and '81, huh?' And I said, 'Yep,' and he said, 'And now you're the Governor... f**kin' great!' I'll always remember that." 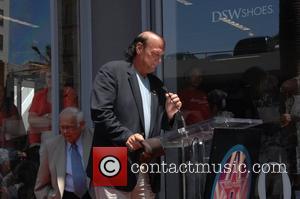