Alba And Washington Speak Out About Rihanna/brown 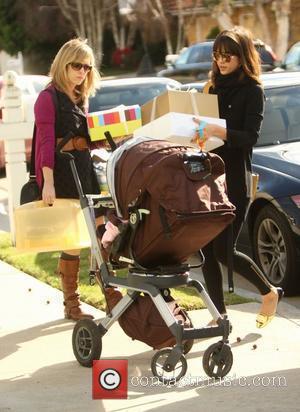 Hollywood actresses Jessica Alba and Kerry Washington have waded into the debate surrounding Chris Brown's alleged fight with girlfriend Rihanna - they hope the incident will help raise awareness of domestic abuse problems.
Brown and Rihanna were reportedly involved in a dispute on Sunday (08Feb09) night which allegedly left the Umbrella hitmaker needing hospital treatment.
Brown subsequently turned himself over to police and was charged with making criminal threats.
The story has dominated headlines across the world, with many stars coming forward to voice their opinions on the matter.
Alba and Washington were guests at the V-Day luncheon in Los Angeles on Friday (13Feb09), which aims to stop violence against women.
And speaking at the event, Alba insist that although the incident is regrettable, she hopes the high profile case will help highlight the issues facing women all over the world.
She says, "When things happen publicly, it just makes it a more universal problem that more people can relate to."
Washington adds, "(Violence against women) is a social illness that does not discriminate.
"This is a problem that spreads from the Congo to Hollywood. When it happens to someone famous, it's a tragedy that it happened, but what I hope is that people become less and less afraid to talk about how truly devastating this social illness is."