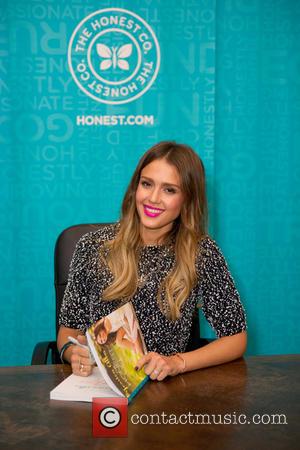 Actress Jessica Alba treated an expectant mother to her dream baby shower on Wednesday (15May13) by hosting an intimate event in Los Angeles.

The Sin City star spent the day with Jessica Turner and her family and friends at the hippo-themed bash after the mum-to-be entered a competition honouring America's Mother's Day.

Alba later took to her Twitter.com page to post a snap from the event, writing, "I had an amazing day (with) our @honest #babyshower winner Jessica! How cute is her #hippo themed (bash)?"

The Hollywood beauty launched the competition to host a baby shower for four deserving expectant mothers whose lifestyles mirrored the mission of Alba's eco-friendly venture, The Honest Company.

Alba will treat three other mums-to-be in New York City, Chicago, Illinois and Austin, Texas later this month (May13).