Jessica Alba insists she will never turn her back on acting even though she now has numerous business interests. 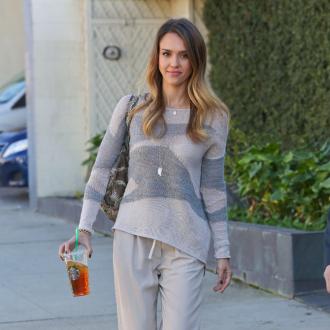 Although the 32-year-old actress is branching out into other ventures, such as her lifestyle book 'The Honest Life', she'll always return to her main creative passion and since becoming a mother to Honor, five, and Haven, three, she's become ''fearless'' when choosing roles.

Jessica - who is married to Cash Warren - said: ''I'm still so passionate about acting and have that as a creative outlet, and it's a big part of who I am; I'll never stop acting.''

She added: ''[Having my kids] was the best time of my life. I love it- I feel more fearless as an actress after becoming a mother, which is quite liberating. I'm ready to take on heavier roles, where before I was nitpicky and afraid of so many things.''

In 2012, Jessica launched her business ' The Honest Company' - an eco-friendly business which specialises in organically-produced nappies, baby wipes and bath products - and she admits the launch did push her acting aside.

Speaking to Washingtonian magazine, she said: ''It's my time, and where I was in my life, this business was a priority and a passion of mine over going to auditions and trying to get roles. I'm still doing movies; I'm about to start another at the end of this month.

''I don't have that filter anymore. I think as you go into a new, different phase, things do change, and that's influenced who I am and my choices. It happened organically.