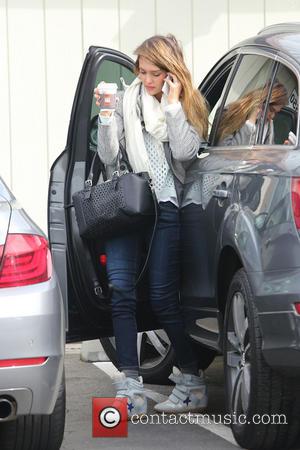 Jessica Alba was rushed to a hospital in the middle of the night last week (ends10Feb13) over fears she had suffered a stroke.

The actress was at home with her husband Cash Warren when she lost feeling in her hand and began suffering a headache and heart palpitations.

She explains, "Basically I thought I was having a stroke last week. I really, really thought I was. It was 2.30 in the morning and I woke up and my hand started to go numb. The whole entire thing went numb. It was dead, I couldn't move it. My whole arm went numb, I got cold sensations in the back of my neck to the front. I can't move my face."

An Internet search suggested her symptoms were in line with a stroke, so Alba turned to the only medic she knew she could count on in the middle of the night - her daughters' paediatrician.

She adds, "I texted my paediatrician. It's my kids' paediatrician, but it's the only person who will answer me at 2.30 in the morning. I texted him and I said, 'I have these symptoms... it's all going downhill!' He was like, 'You're a little young for this...'"

Alba was taken to a hospital for a magnetic resonance imaging (MRI) scan, which revealed carpal tunnel syndrome as the cause of the numbness.

She says, "I have carpal tunnel in my wrist and elbow. The doctor was like, 'Actresses get carpal tunnel too!' I said, 'I actually have an Internet business and I'm sitting at a computer a lot!'"