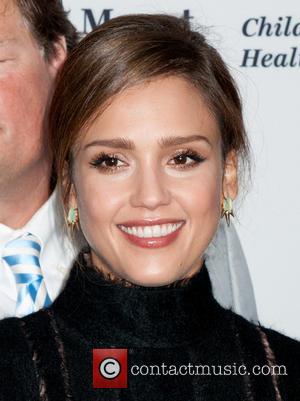 Jessica Alba realised a dream in Singapore on Thursday (23May13) when she hit the stage with Aerosmith at the inaugural Social Star Awards.

The actress co-hosted the show, which was billed as the Oscars of Social Media, and was thrilled when Steven Tyler invited her to join him onstage.

She later added an Instagram snapshot of her posing with Tyler and fellow performers Cee Lo Green and Eric Benet backstage.

Tyler and his Aerosmith bandmates are in Singapore ahead of their first ever concert in the country, which takes place on Saturday (25May13).

Green will perform at the Marina Bay Sands venue as part of the Social Star Awards' weekend festivities on Friday night (24May13) with Carly Rae Jepsen.