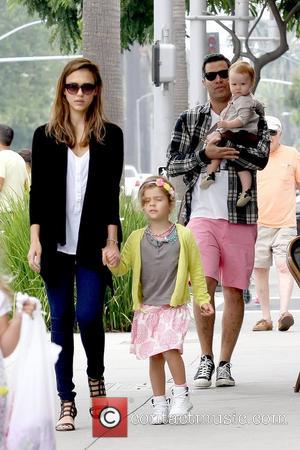 Actress Jessica Alba has fired guns at a shooting range as part of her training for upcoming movie Sin City: A Dame To Kill For.
The star, who appeared in 2005 film Sin City, is set to reprise her role as Nancy Callahan, a dancer who gets mixed up in the criminal underworld.
On Sunday (26Aug12), she revealed she has been enjoying target practice at a firing range in California, posting a picture on Twitter.com showing her holding a gun and smiling as she poses for the camera.
In a message alongside the snap, Alba writes, "What a way to start the day - training for a movie is sorta (sort of) fun."