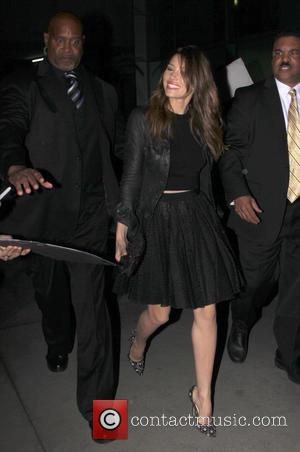 The Los Angeles premiere of Jessica Biel's new thriller The Truth About Emanuel was almost shut down on Thursday night (05Dec13) after organisers failed to obtain a permit to use an area outside the theatre.

Bosses at the ArcLight Hollywood were thrown into a panic as a fire marshal threatened to cut short the bash after guests gathered in a courtyard connected to the venue, but they managed to convince the safety official to allow the premiere to continue.

An eyewitness tells the New York Post's Page Six column, "Jessica Biel was on her way, so people were freaking.

"After a lot of sweet talk from event organisers, the marshal agreed to let them finish, and joked he wanted a ticket (to the film)."

The Truth About Emanuel, about a troubled girl who becomes obsessed with a mysterious neighbour, also stars Kaya Scodelario and Alfred Molina.